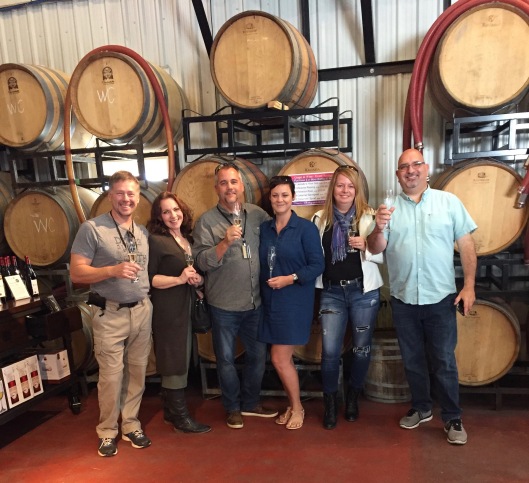 It was one of those late Saturday afternoon August days that my wife and some of my close friends visited Kacaba Winery. Kacaba had been one of our favourite winery experiences thanks to the graciously greeted by Mitchell McCurdy, a young (he’s still in University), very pleasant sales rep that took us on a tour of the winery. Mitchell’s profile is featured bellow. As per usual what you do at wineries, we sipped wine, well my wife sipped, I drank. In addition, I was introduced to Vadim Chelekhov, assistant winemaker and a most pleasant fellow. His profile is also featured bellow. During our continued tour with Vadim, he introduced us to their signature bottle. At $100.15 it’s on the high end of wines, but well worth it.

We bought several wines, and Kacaba gives a case discount for 6 or more bottles. The quality of their wines is impressive, and although more on the higher price range, the quality to price ratio is justifiable. In order to help bring down the price, plus several benefits including food/wine pairings during special events, I joined their wine club: Founders Club. Special thanks to David MacCallum, sales rep who signed me up, and who has an excellent knowledge on wines.

To end this most pleasant experience, Mitchell suggested a quaint Italian restaurant across the road called Just Cooking. We were lucky that we came in when we did as they had just opened, and there was only one table available as Fridays and Saturdays reservations are a must. This is a great restaurant, and now one of my favourite places to dine. Please check them out at www.justcooking.ca.  Just Cooking was the perfect finish to this wonderful day at Kacaba.

The wines will be reviewed as I open them, so stay tuned. 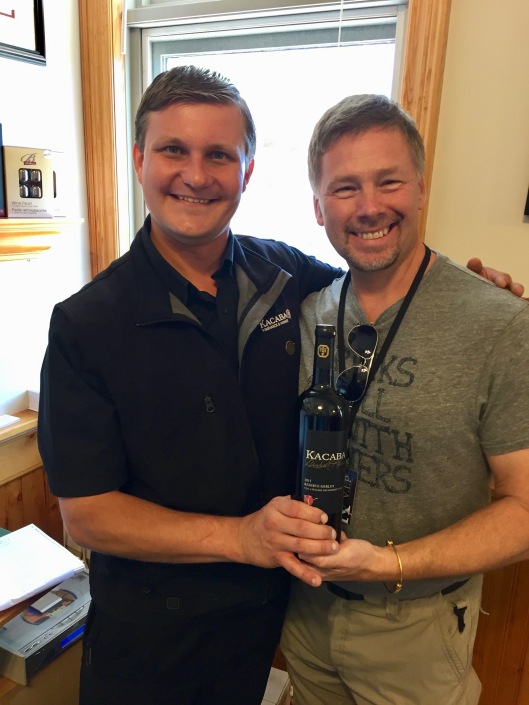 Vadim has started making wines and other beverages shortly after arrival to Canada with his family in 2002. Mastering his skills and overcoming many challenges of amateur home brewing and winemaking he always strived for perfection and with time started to excel in small batch fruit and grape wines as well as ciders. Going through studies at University of Western Ontario he acquired scientific knowledge of microbiology and chemistry, very much applicable to fermentation process and was able to improve quality of his home made projects even further.

In the spring of 2011 he made a drastic change in his career path. Medical school with lucrative salary by completion was no longer a goal. Rather, a dream of living among vineyards, working the land and one day in the future planting a vineyard of his own have firmly captured his heart and his mind.

After taking Niagara College Oenology and Viticulture program in 2011- 2012 Vadim started at Kacaba Vineyards and Winery as a practicum student and after few season was moved up into position of Assistant Winemaker under the mentorship of John Tummon (Head winemaker of Kacaba Vineyards and Winery). During his time in the industry Vadim had an opportunity to work through some of the best and the worst vintages, both out in the vineyards and in the cellar. Overcoming extreme drought conditions in the summer of 2012 and dealing with terrific damages of devastating winters of 2013 and 2014 are some of the challenges he has gained his experience from and ready to share.

Vadim is a firm believer in connection of hard work, dedication, passion and love for wine with people around him and guests of the winery. That is why you will find him in the friendly boutique store of Kacaba Vineyards on the weekends: sharing his passion for Kacaba vineyards and wines produced on the estate, inspiring guests to try new, undiscovered experiences in wine and food. On the weekdays, you will have better luck finding him in the cellar or out in the vineyards: looking after vines, cutting grass, watering flowers… that’s the farm life! During harvest, his purple stained hands will give away that most winemaking here at Kacaba is done by hand, in small batches, using gravity techniques, for better control and understanding of fermentation needs, to achieve best possible quality of product. 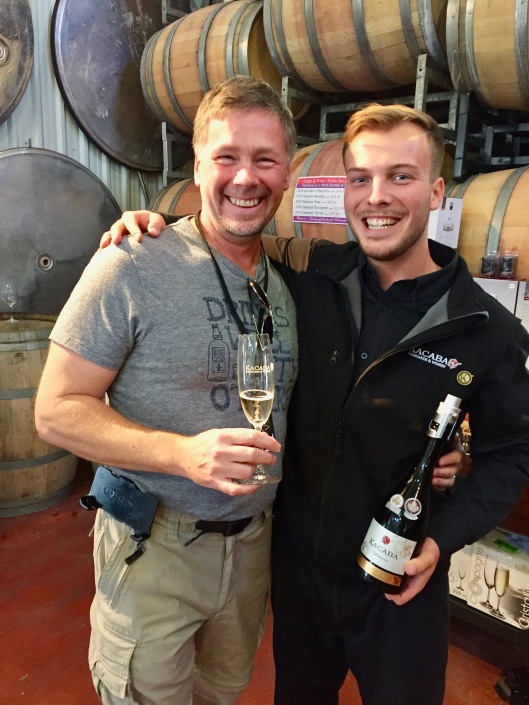 Mitchell is studying Oenology and Viticulture at Brock University. He fell in love with the wine world while he was working at the keg at the age of 18. Mitchell took a year off between high school and university because he was not sure what direction he wanted to head in. While Mitchell was browsing through Brock’s course offerings he found this program, and now he’s in his 4th year at Brock and has completed two co-op internships both at Quails’ gate in Kelowna, BC. The first co-op was in the vineyards doing soil sampling, crop estimations, measuring vine health, pressure bombing for petiole analysis to determine water stress. Mitchell also did some manual labour in the vineyards as the year was hot and vine growth was quick. The second co-op was in the production area during harvest. Here he worked the afternoon to night shift, working with the team to process the grapes. Mitchell also had the opportunity to inoculate fermentation tanks, work in the lab analyzing juice as well as wine and monitoring the progress of fermentations. He was also directed to run trials of different fining agents at different levels to see their affect on flavour and mouthfeel. Before and after this term he worked at Kacaba starting April 2014 and continuing to the present. Here Mitchell wore many hats from being primarily retail on weekends to doing grounds keeping, gardening, lab work, cellar work, setting up bird bangers, determining maturity of preharvest fruit samples, and generally just helping keeping the place clean and running. Mitchell is part of a dedicated team at Kacaba, and they are not afraid to try something new and assist each other in achieving their goals. 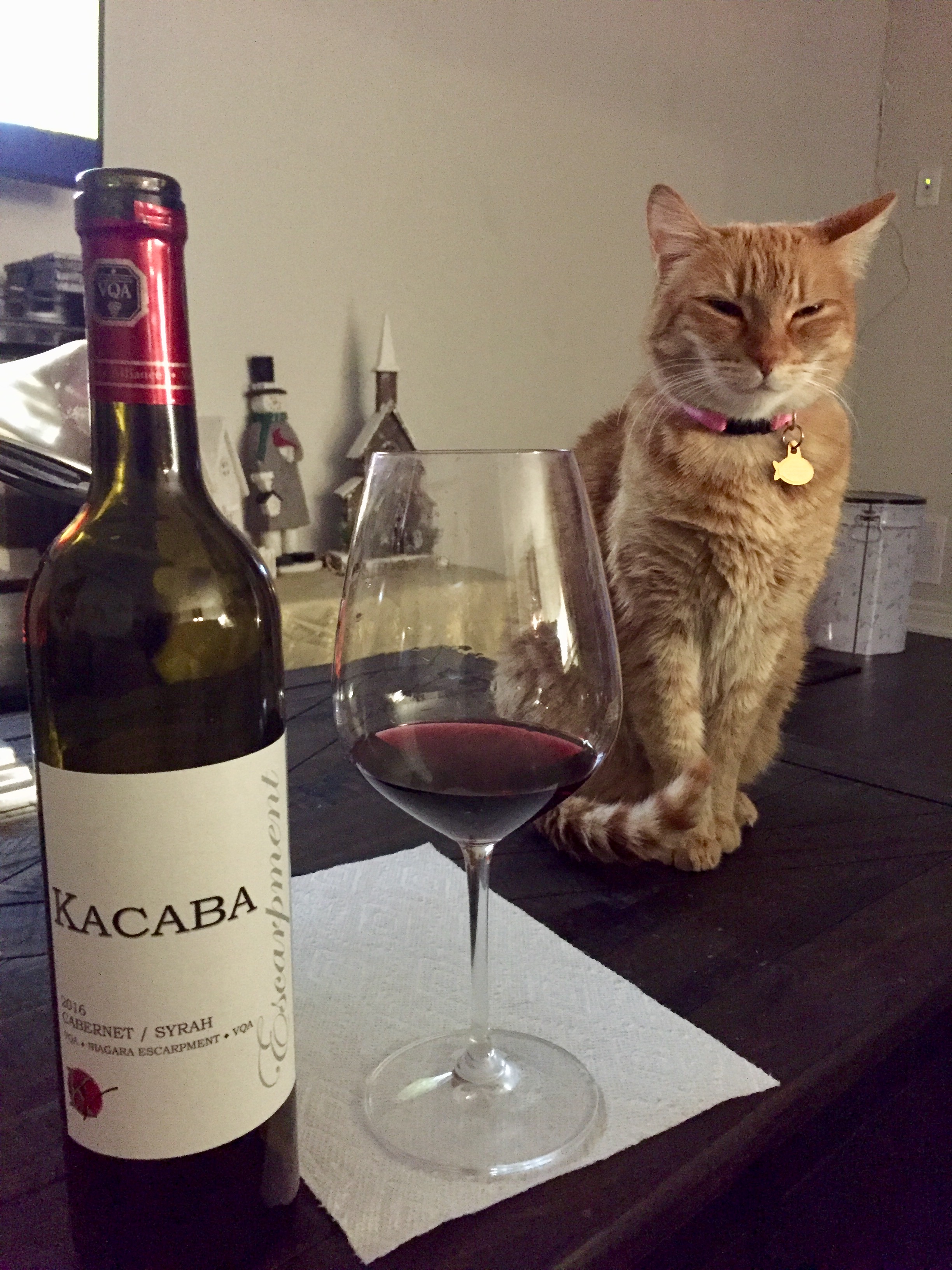 What is Twilight Wines?

Twilight is sometimes defined as when something is approaching its end, especially in a gentle or peaceful way. It is universally known as that optimum moment between day and night, light and darkness. Twilight is that point when we have learned the lessons we are apt to learn and have spun our last breath, and told our last tale: our twilight years. It is that moment when everything and everyone is at its finest, when the earth and all its occupants pause for just a fraction of time in anticipation of what comes next. That is the moment at which all wine should be drank and with a little insight and a lot of luck, fate will allow us the moment in which this will occur. The luck my friend’s is totally of your own creation. Here in my domain, Twilight wines. I will endeavour to impart that insight.